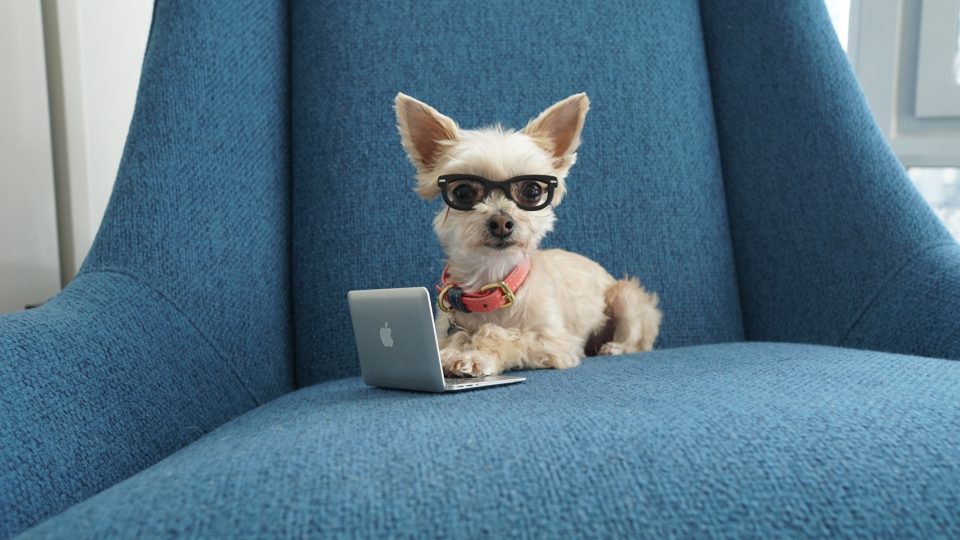 The heartbreaking little dog was in a cage with a bunch of other dogs at a high-kill shelter in Miami. All of four pounds and approximately six months old, she was a victim of a commercial breeding facility, more commonly known as a puppy mill. Hilary Sloan was there on a freelance photography assignment taking photos of the dogs for a local magazine.

“When I saw her, I just knew she was my dog,” Sloan said of the dog who she would name Ella Bean. “Her ears popped up when she looked at me.” 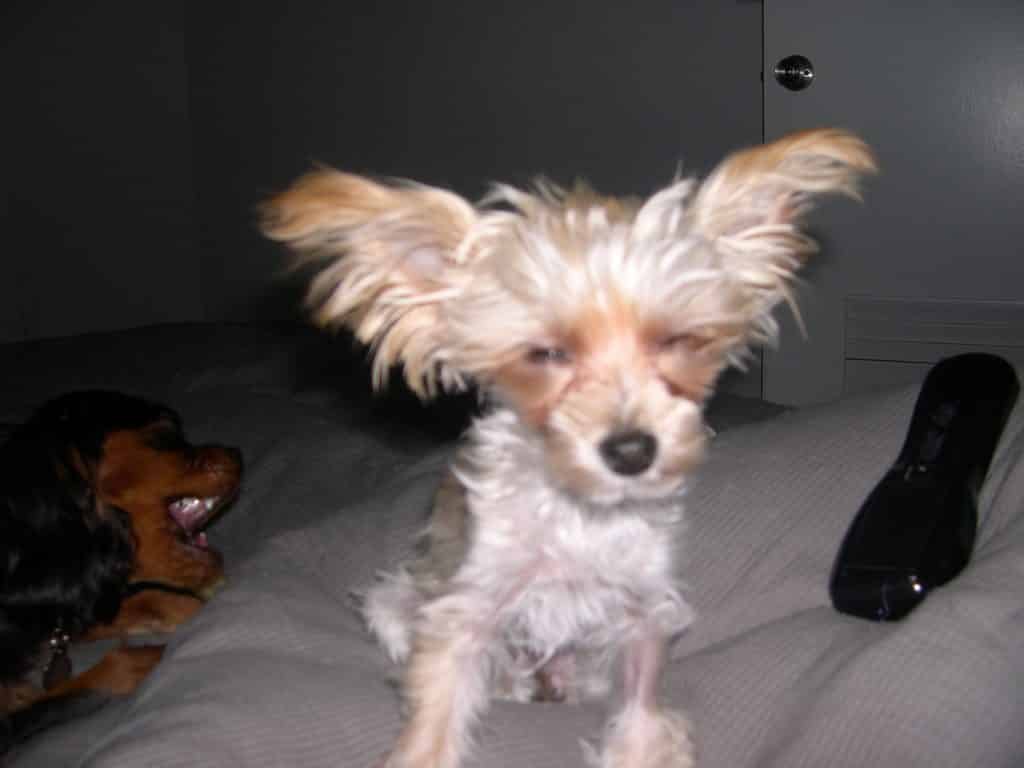 It was 2008, and Sloan didn’t know anything about animal rescue let alone puppy mills. It was also a time when pocket puppies were popping up everywhere, and many pet stores in Miami were selling designer dogs. Puppy mills were not yet as widely known and social media was not nearly as popular as it is today.

Ella, a Yorkshire terrier/Maltese mix, or Morkie, was in bad shape. She suffered from parasites and sported a big sore on the back of her rump. She’d retained her baby teeth, so food was trapped and rotting between her two rows of teeth. 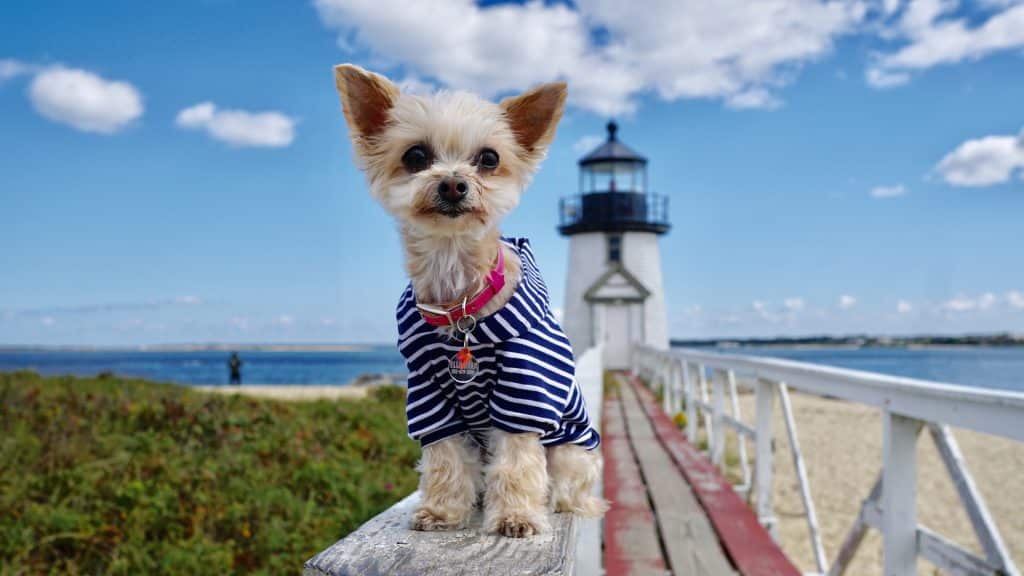 The dog was placed on the euthanasia list. Sloan was not an “approved adopter” and had to go through a process to secure Ella’s release. “I begged to adopt her and by virtue that I had come in to photograph the dogs, they let me,” Sloan said. “I had to wait overnight. I remember begging them, ‘At least if she will die let it be on my dime.’”

Sloan returned the next morning, waited until the shelter opened, and then waited for hours before they approved her paperwork. 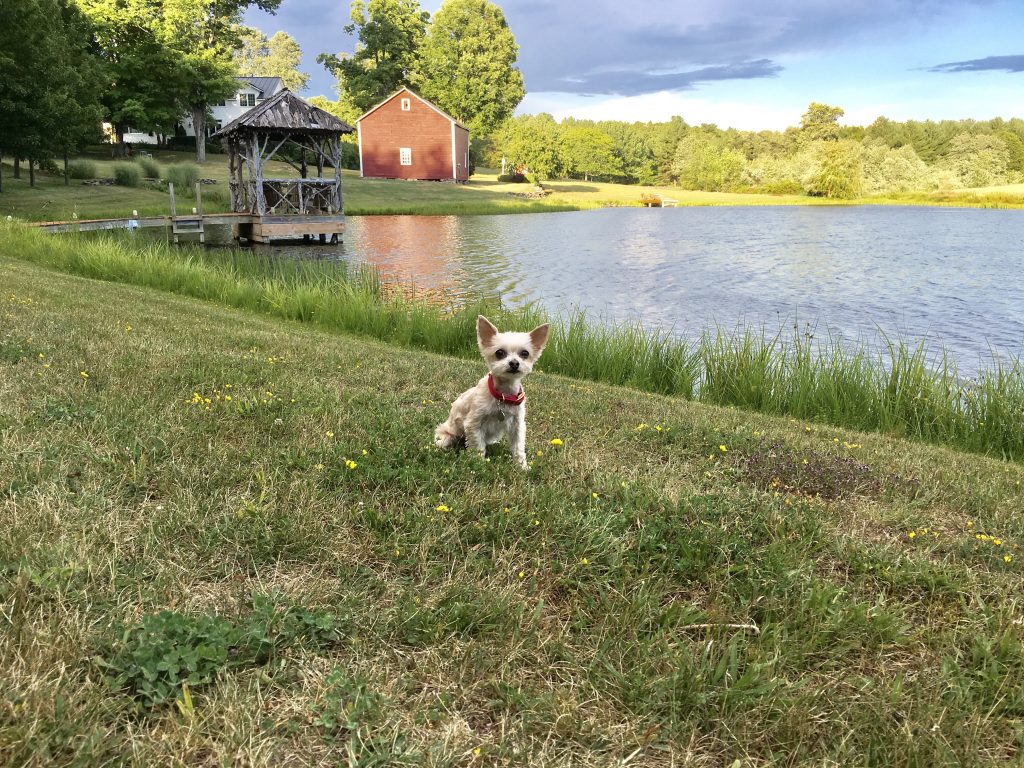 “When I carried Ella outside and put her on the grass, she started puking and then puked the whole car ride home,” Sloan said. When they arrived home, Ella went to the bathroom everywhere.

“Then she would go to the furthest corner away from me and sit there facing the wall,” Sloan said. 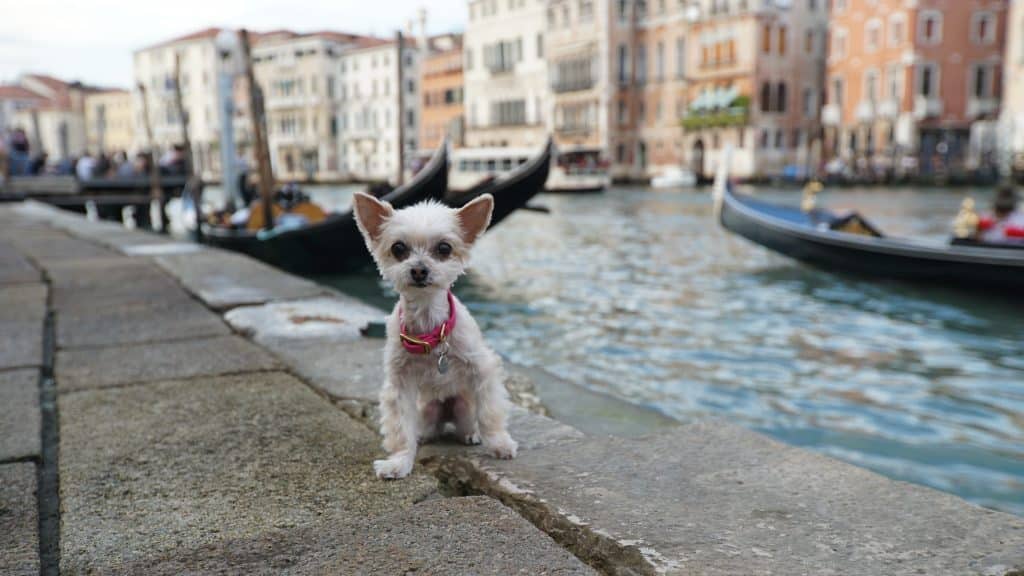 Sloan brought Ella to the vet where she was dewormed and given antibiotics. She had to get strong before she could receive anesthesia to have her teeth fixed.

As the months passed, Ella made slow progress, but she still didn’t behave like a typical dog.

During the initial few months, she had lots of nightmares. “She would dream vividly and you could tell it wasn’t good,” Sloan said.

For the first two years, Ella was disinterested in and wanted nothing to do with Sloan. She’d cuddle only if it was cold, but not out of affection. “She was not sweet, not mean, she was just kind of there,” Sloan said.

By year three, Ella finally began to open up, started to play and wag her tail, and insisted on attention. “I remember she asked for a belly rub and now it’s her favorite thing,” Sloan said.

At that time, they moved to Washington, DC. One night while watching television, Ella leaped onto the bed and snuggled up to Sloan. It was a huge sign of progress.

When Ella was about 2, they moved to New York. At first, she was scared of the big city but eventually adjusted and even embraced it. She loved her walks, meeting people, and even traveling with Sloan for work. They were inseparable. 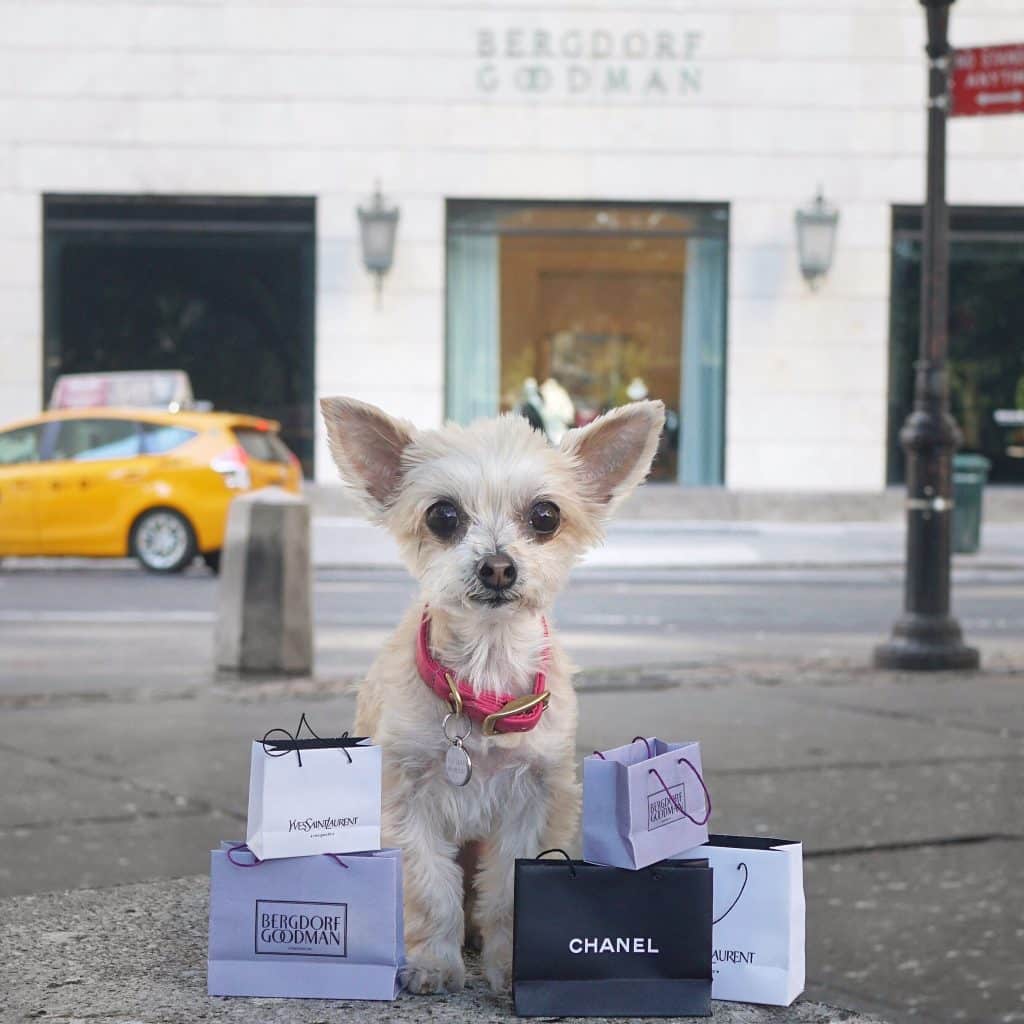 Sloan thought that Louis would be the star but Ella fast became the standout. Readers were attracted to her big eyes and personality whereas Louis was much more stoic. 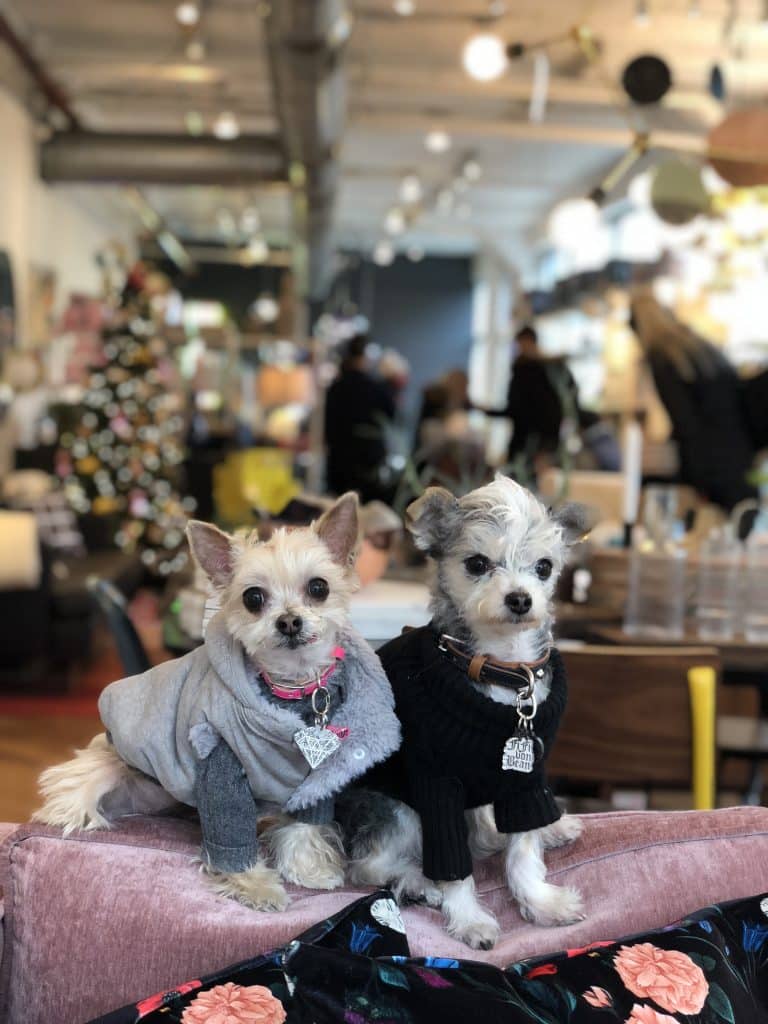 One day Katie Sturino, fashion publicist and pet parent of Toast, a puppy mill survivor and Instagram celebrity (she has since passed away), asked people to message their dog rescue stories, noting she would post her favorites. Sloan sent Ella’s transformation story.

“Weeks later, my phone started imploding,” Sloan said. Sturino posted Ella’s story and tagged Sloan, attracting a slew of followers. The interest took on a life of its own.

Fashion Week Goes to the Dogs

It was time to bring Ella to New York Fashion Week where Sloan was working an event. She sewed an “on-trend” outfit for Ella. A woman with another Instagram-famous dog saw Ella’s outfit. “She said, ‘I need one of these jackets and you need to make me one,’” Sloan said.

After creating an outfit for the woman’s dog, the woman took photos and then tagged Sloan, which helped Ella’s page grow even more. 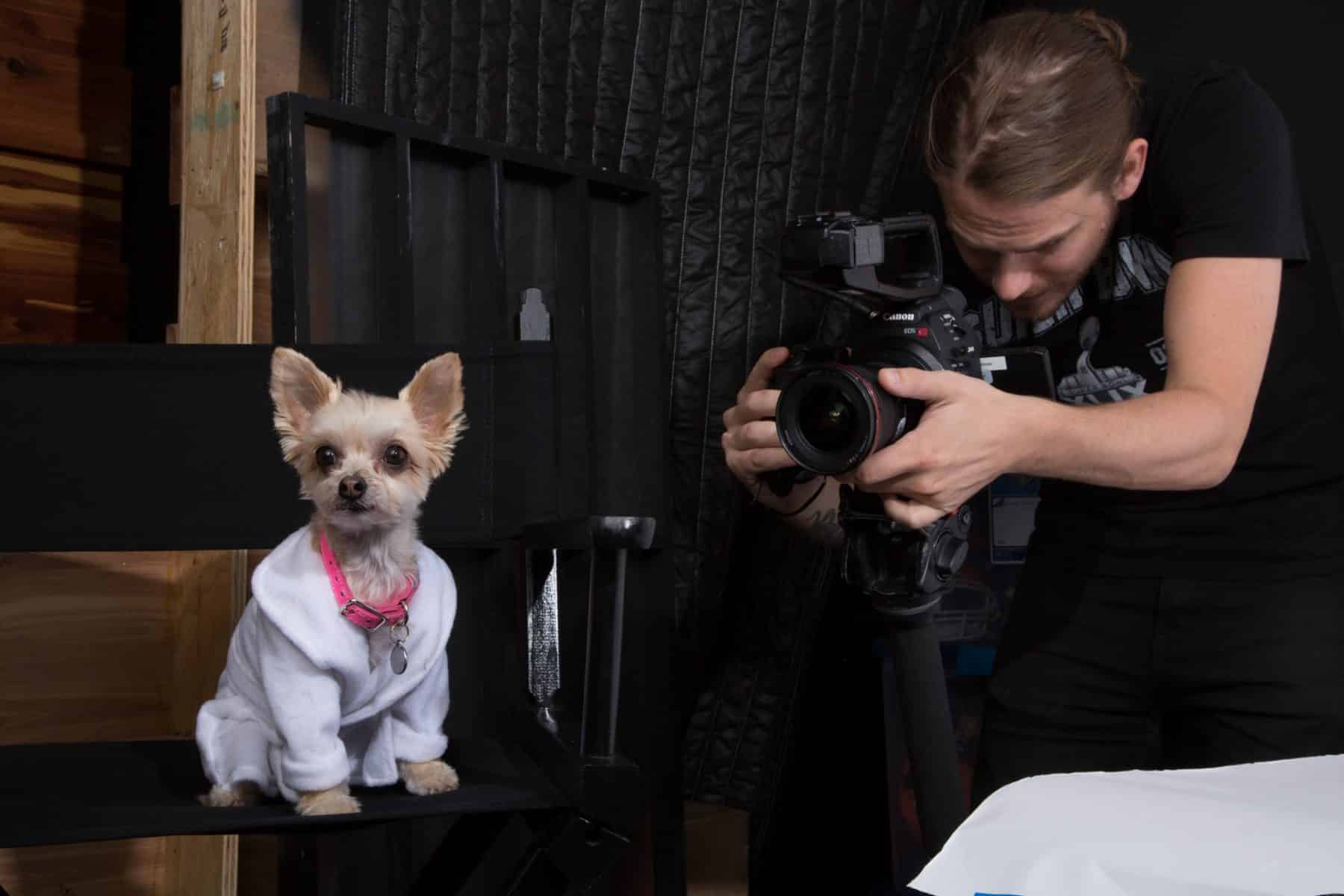 BarkBox posted about Ella as did many in the rescue community. “We were in the right place at the right time in New York when there was a lot of opportunity,” Sloan said, adding that they started getting invited to events.

A year later a video they did with a media company was picked up, which led to a full-page story in the New York Post.

As Sloan’s own career evolved to include more travel, she began building more of a story around Ella’s jet-setting fashion blogger life, even bringing her on trips. Ella sported adorable outfits while Sloan created a world around her with miniature objects, including a laptop, shopping bags, and purses to play up the fashion aspect.

The angle for Ella was always from rescue dog to fashionista. Fans latched onto it. 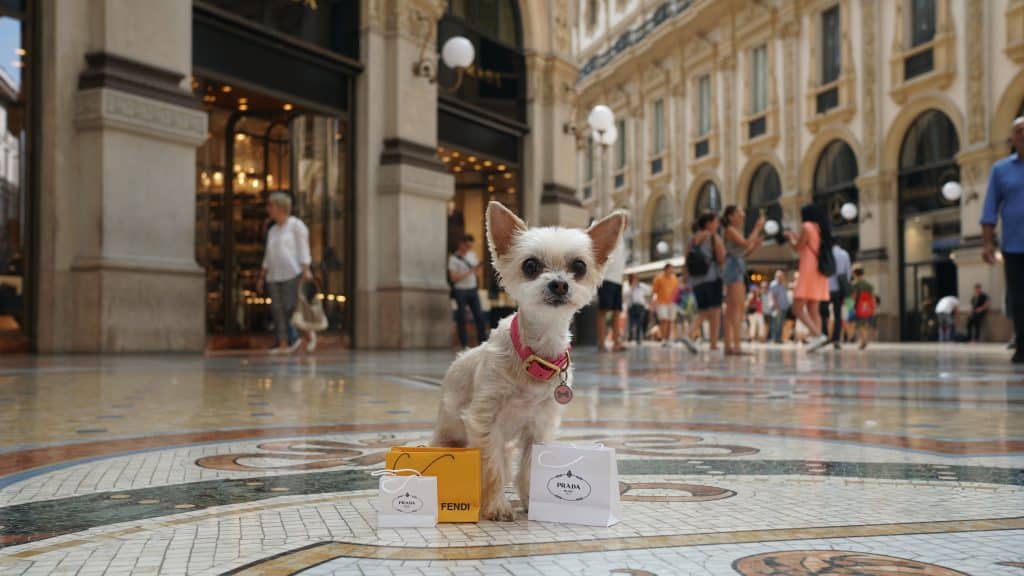 While on a trip in Italy they were stopped by someone at the Milan train station who asked if the dog was, in fact, Ella Bean.

“It’s abstract until you meet someone who is following what you are doing in a completely random place in Europe,” Sloan said.

A Platform to Educate

“The more popular Ella got, the more press she got, the more attention her account got, I really felt the weight of wanting to make a difference and discourage people from supporting practices that fund the puppy mill industry,” Sloan said, who feels it’s her place to educate people to make better choices and to then tell their family and friends. 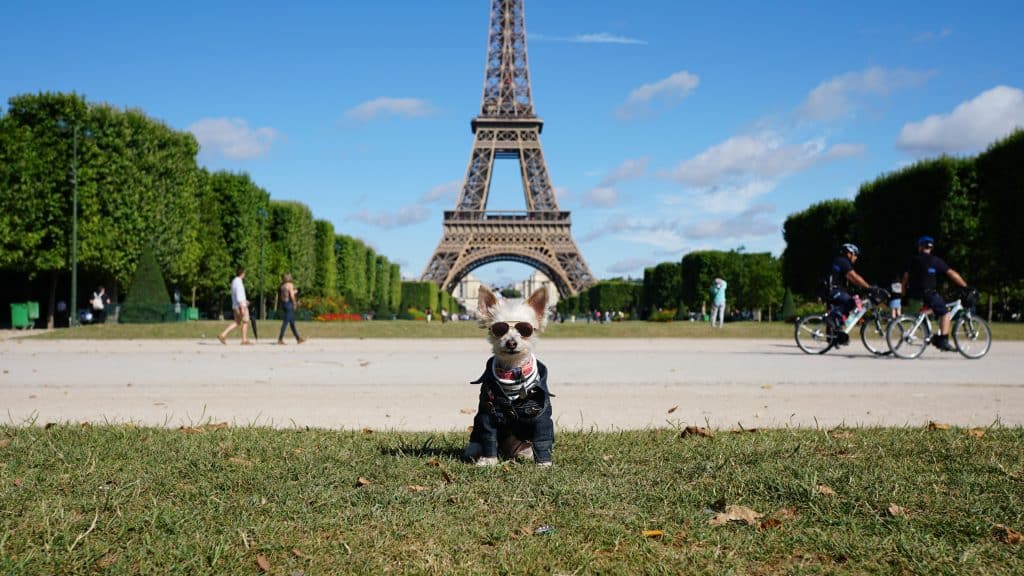 “If I don’t use this platform to do good, then what am I doing?” Sloan asked.

With Ella being teeny and adorable, many people ask Sloan where they, too, can get a dog like her. Sloan sees it as an educational opportunity about the harm of puppy mills. She explains where Ella came from and that anyone can rescue dogs like her.

Ella Bean’s Instagram account also includes Sloan’s other dogs including Louis, who recently passed away, and rescues Coconut Bean and Fifi von Bean. The dogs are always dressed fashionably but, most importantly, the platform educates about puppy mills and rescue. 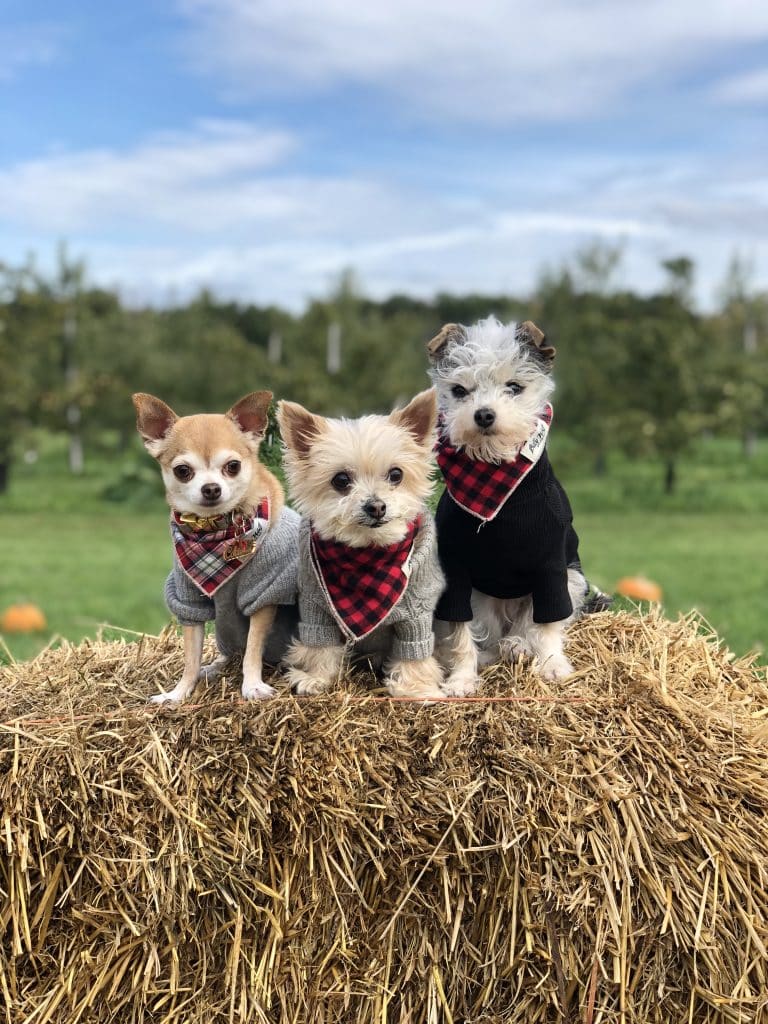 “It’s become a platform where Ella is still a jet-setting fashion blogger,” Sloan said. “But she’s also a philanthropist who brought the other dogs into her family and educated them on what it means to be a “Bean” and how to wear fashion and live a good life. So, the story has become bigger than just her, and I like to think of it as including all the dogs that we may have inspired to be adopted.” 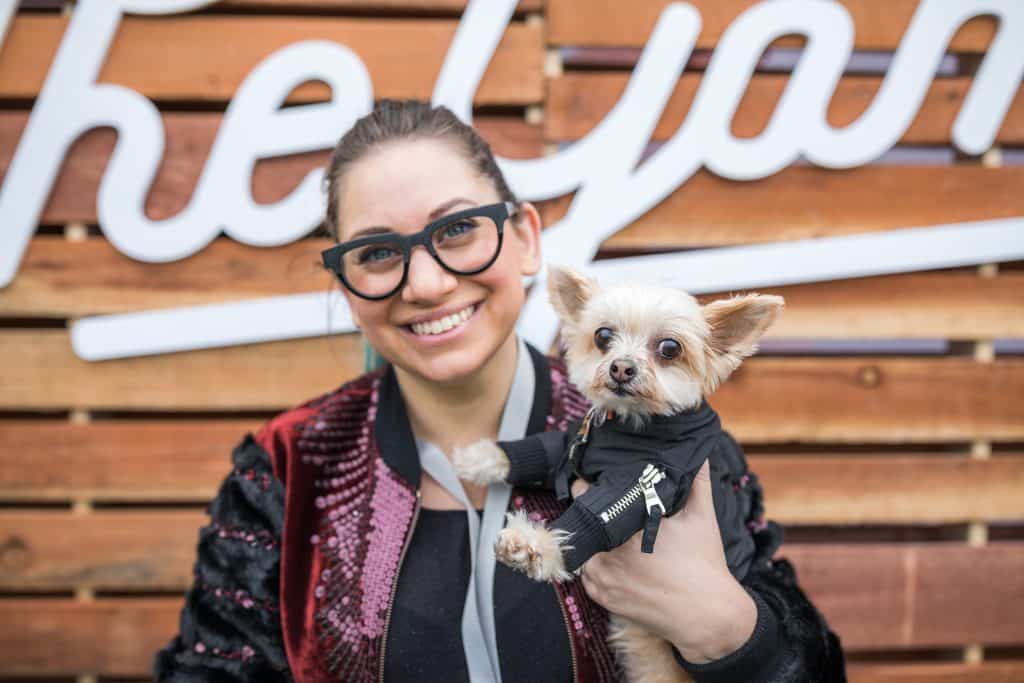 Find EllaBean on her website and her Instagram page. Check the HSUS page to help stop puppy mills.