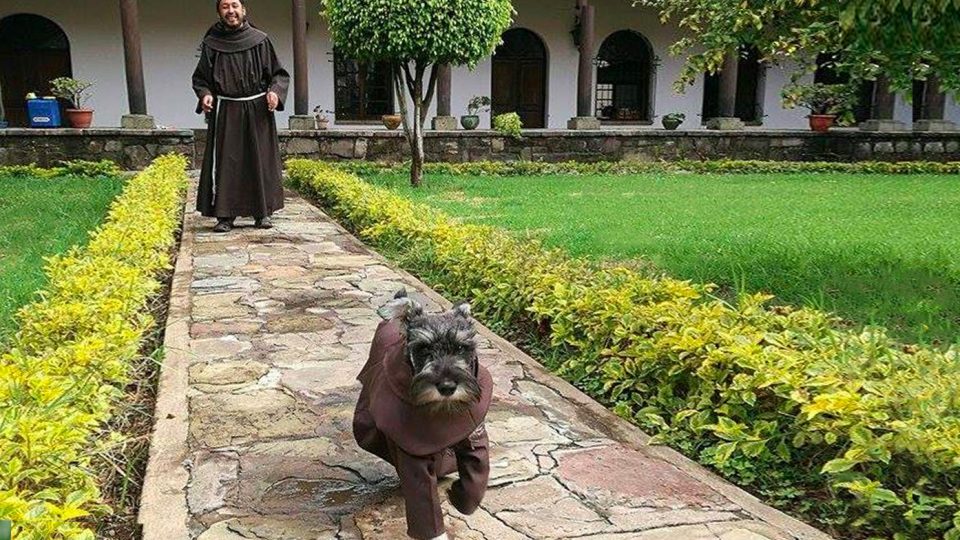 This is one of our favorite dog adoption stories of the year, hands down. Friar Bigotón (Brother Mustache) is the newest brother in a Franciscan monastery in Cochabamba, Bolivia. His brothers love him so, they created robes just his size. (You could get a similar look by putting your dog in a Jedi robe costume. The cuteness.)

The formerly homeless dog spends his days running and playing on the grounds, and “preaching to the fish” in the courtyard pond.

See more of his pictures below!

Friar Bigotón preaching to the fish

Friar Bigotón was adopted through The Cold Nose Project (Proyecto Narices Frias—link in Spanish), which hopes that other monasteries and convents will follow suit to save homeless dogs in the country. In many ways, it makes sense that the Franciscans have taken in this dog, as their founder was St. Francis of Assisi, who was associated with the protection of animals.

A life of love and brotherhood for an ex-stray

Cutest brother in the monastery

Warming hearts wherever he goes