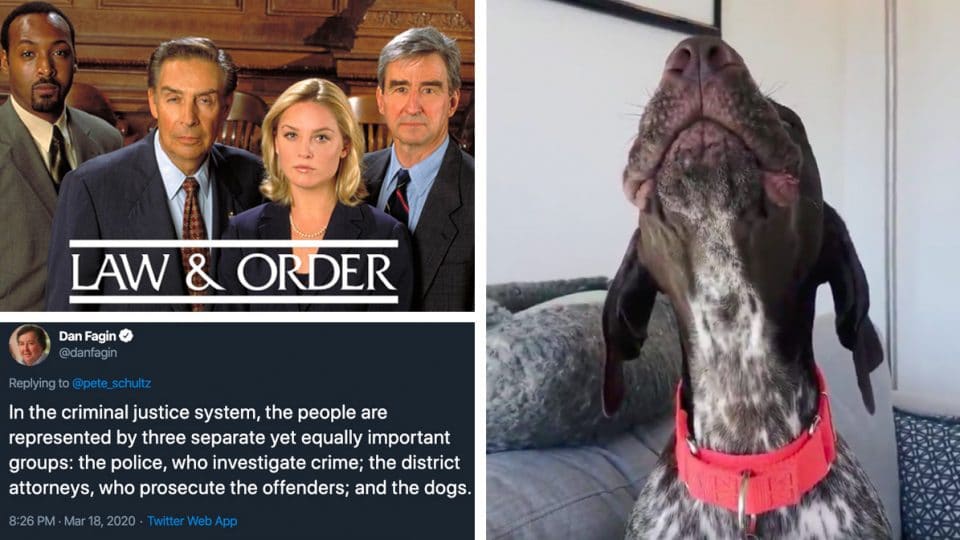 Dun, DUN. You hear just those two notes and you know what time it is — Law and Order time!

Turns out, dogs know too, and whether or not they happen to be fans of classic American procedural dramas, some of them think the Law and Order theme song is the best song of all time, and can’t resist singing along.

Case in point, this very good boy named Odafin, who can’t resist howling along to every version of the Law and Order theme.

This is as good a time as any to tell you that my dog sings along to the Law & Order theme song every time he hears it pic.twitter.com/4HNVPWrzmE

These take up most of the memory on my phone pic.twitter.com/7i9fd9IrHN

Odafin’s singing talents are frequently featured on his Instagram account and have launched his celeb status on the platform.

And Odafin is not alone — not by a longshot. When Odafin’s dad Peter Schultz shared the charming videos on Twitter, readers responded with videos of their dogs doing the same thing. Here are a few of our favorites:

This guy takes to the stage for SVU

Mine does it to SVU. pic.twitter.com/53pVDQVQKY

Harley calls it Paw and Order

My Harley does the same thing! We call it Paw&Order:SVU on his IG @hubbahubbaharley pic.twitter.com/BNhBwheO2F

Miss Maple is into it

Molly is a yes, Stella is a no

My Molly too, but only to the original L&O, not SVU or CI. Her sister Stella is unimpressed. pic.twitter.com/suAO5qwpOt

And this guy who can’t help harmonizing 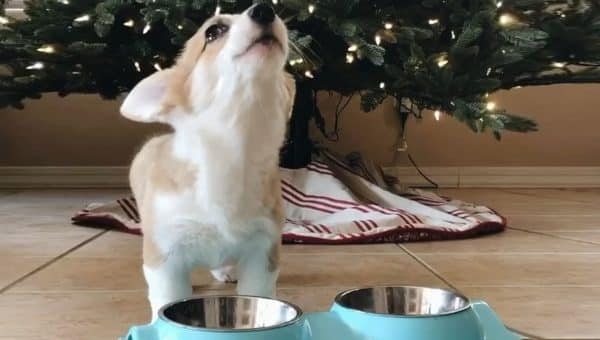 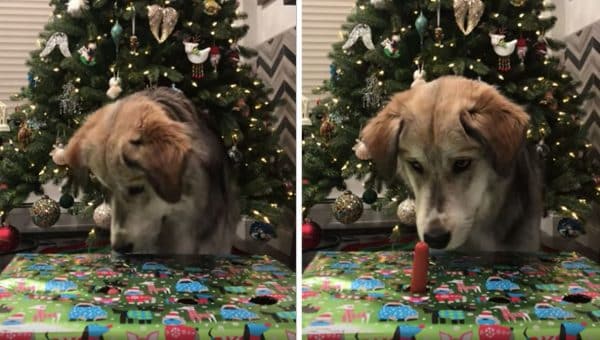 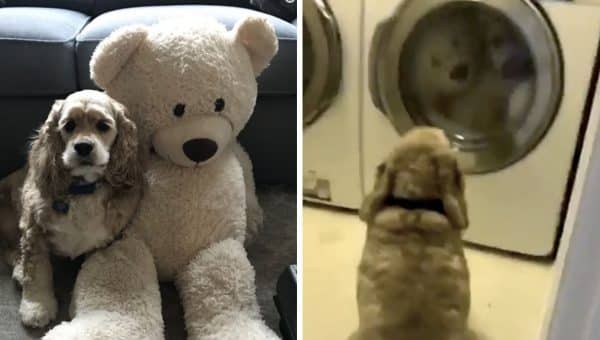