Veterinarians and volunteers around the country work night and day to care for dogs that others have harmed or abandoned. Unfortunately, it happens so often that some of these rescue stories seem ordinary. But some comeback tales stand out among the rest. They begin with heartbreaking discoveries, but they end with bittersweet hope—with dogs in the care of humans devoted to helping them find health, love, and happiness.

We’ve collected a few of the most incredible dog comeback stories from 2016. Some of these are difficult to see, but each of them ends with a big dose of goodness.

Shaving Off 35 Pounds of Fur

Lazarus is a big, beautiful Great Pyrenees who was neglected for 7 years Big Fluffy Dog Rescue stepped in. Prior to rescue, Lazarus was living in a barn and had never been inside a home. Volunteer groomers removed a whopping 35 pounds of fur off of Lazarus, who had to be completely shaved in order to remove the terrible matting. 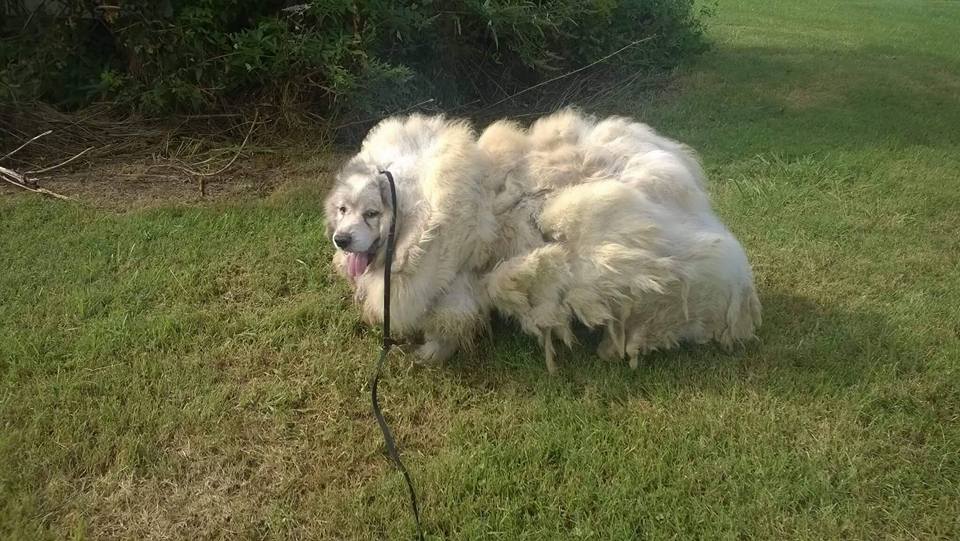 The good news is that Lazarus is now recovering from his ordeal. His coat is slowly growing back and he is adjusting to his new life with a dedicated foster family. You can read more about his heartbreaking story and amazing transformation on his foster mom’s Facebook page. 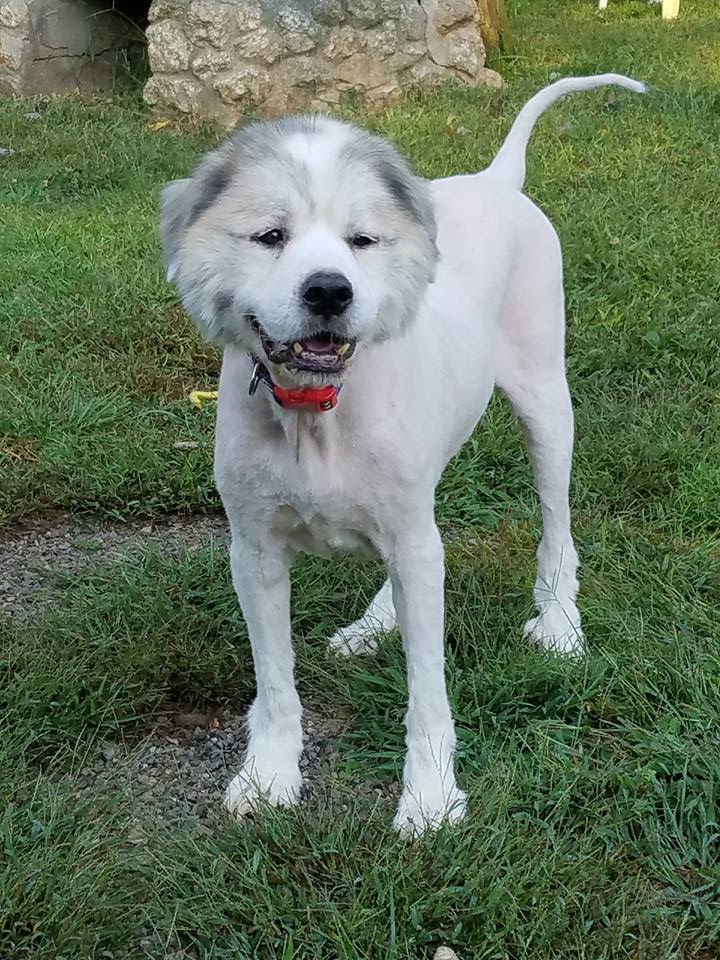 Bruno Found at the Bottom of a Well 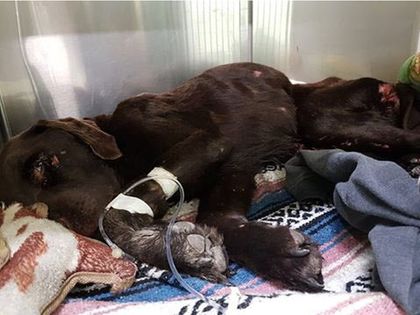 Bruno shortly after being rescued. From The Toronto Sun.

Bruno, one of three Labradors owned by John and Cindy Billesberger, didn’t return home one day after roaming the fields around their home in Estevan, Saskatchewan. John and Cindy scoured the area for weeks until they found Bruno stuck in the bottom of a well on a neighbor’s property. He’d been trapped there for 27 days, surviving only on snow and water.

When he was pulled out, veterinarians discovered Bruno had lost half of his body weight, his eyes were scratched and infected, and he’d injured his leg. But he slowly recovered under round-the-clock care at Western College of Veterinary Medicine, and he eventually grew strong again. 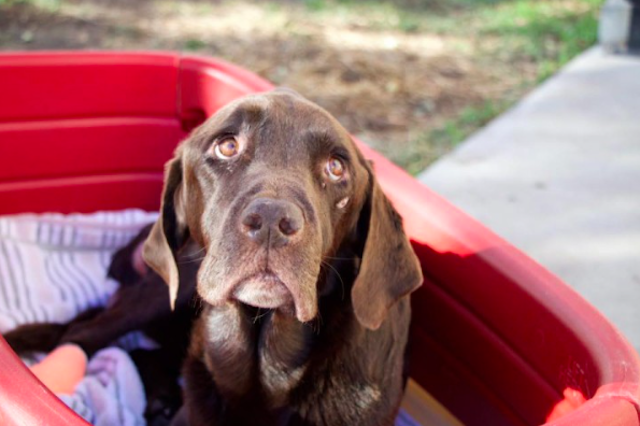 Bruno is now home with his family.

Love from One Shelter Pal to Another 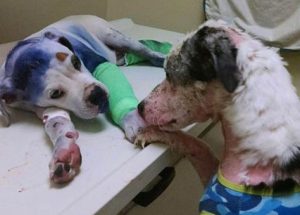 Sammie after arriving at the vet clinic. 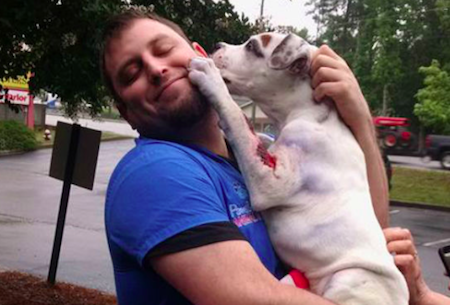 Sammie says thank you to a member of his recovery team.

Sixteen-week-old Sammie, a Boxer puppy, was found seriously wounded in the streets of Columbia, South Carolina. He’d been injured, tortured, and left for dead. Yet Sammie persevered and, by some miracle, he made it to the caring folks at Paws and Claws Animal Clinic.

There, one-year-old border collie Simon, who was suffering from a serious case of mange, came to comfort Sammie when he heard him crying, as if to say, “Don’t worry, buddy. These folks’ll get you all patched up.” Simon stayed by Sammie’s side throughout his recovery, which included extensive surgeries. Donations poured in to cover the high cost of Sammie’s care and help him get back on his feet.

Stinger before and after. From Luvnpupz.

Stinger, nicknamed for his devastating injuries, was abandoned by his owner at a shelter in Michigan after suffering more than 1,000 bee stings. The emergency vet clinic that initially received Stinger was prepared to euthanize the pit bull because his injuries were so severe. But Carri Shipala with Luvnpupz collected Stinger and did all she could to rehabilitate him, which included treatment for a secondary skin infection and sarcopic mange.

Stinger, who’s also deaf, has made a remarkable comeback and continues to live in foster care at Luvnpupz, where vets can keep an eye on the auto-immune disease he developed during treatment.

Graycie before (left) and after (right). From Granite Hills Animal Center.

Graycie came to Granite Hills Animal Care in Georgia emaciated, dehydrated, and suffering from an extremely painful prolapse. Whatever horrible conditions she’d been living in left her so terrified, she was afraid to eat. But Dr. Andy Mathis went the extra mile to reassure Graycie—he climbed into her kennel to eat along with her. Graycie is making a slow recovery, getting stronger every day, and little by little coming out of her shell.

If you’re moved by these stories, consider making a donation to your local shelter, or volunteering to spend time with the dogs waiting for their forever homes. Become part of the community that helps sick, injured, and neglected dogs find a new lease on life, and help make stories like these come true.