Cities around the world are getting tough on dog poop, because they’ve got a lot of it. The city of Chicago alone, for instance, deals with over 68 million pounds of dog poop annually. Dog poop is not only stinky, but it’s bad for the environment: it adds toxins to the watershed, the soil, and the air.

Research shows that about 38% of dog owners don’t pick up their dog’s waste, and city officials are starting to get creative about dealing with the offenders.

This high-tech innovation is reducing offensive waste by over 80% where it’s in use. Companies like Poo Prints offer a comprehensive system of DNA cheek swabs for pets that can be matched with 99% accuracy to offending waste. Of course, it requires obtaining the DNA sample from the dog in the first place, which makes it most effective in condo associations and apartment communities. 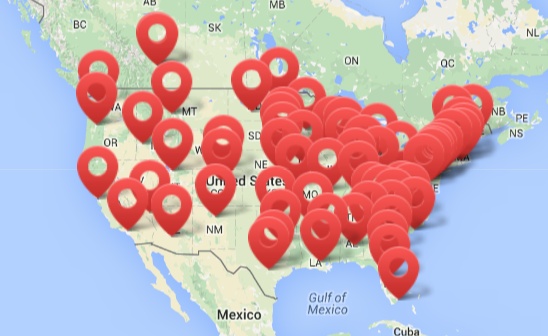 Cities in Spain and England are hiring private dog doo detectives to track down offenders. A private eye roams town looking for owners who refuse to scoop, snaps their photo, and passes the information along to officials. Offenders are slapped with hundreds of dollars in fines.

In Madrid, which already levels hefty $1700 fines for not scooping poop, officials are considering requiring community service for repeat offenders.

One Spanish town is so fed up with its poop problem that the town council is mailing unscooped poop back to the owner. Talk about a special delivery! 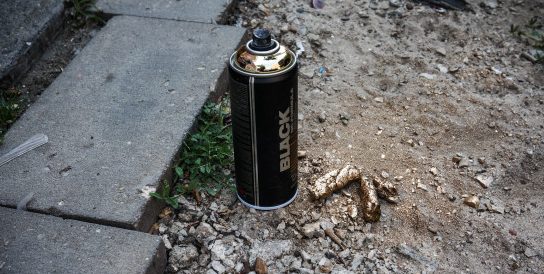 Graffiti Artist Gold Poo gets his inspiration from the streets. Literally.

In Aberdeenshire, Scotland and the hiking trail systems of Corvallis, Oregon, stink-averse citizens are spray painting uncollected poops in neon shades to draw attention to the offense.

Whether that’s working as a deterrent, we’re not sure, but it’s definitely a memorable move.