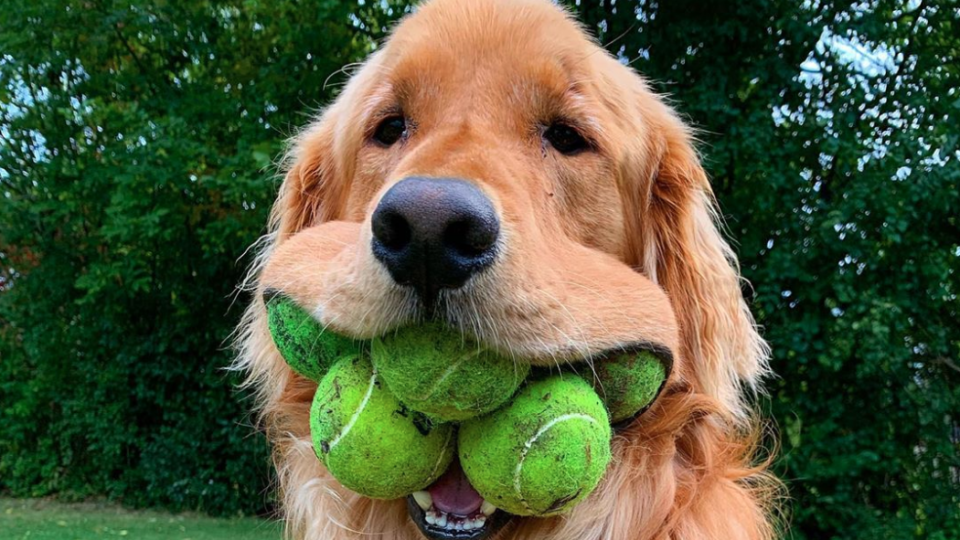 Meet Finley, a Golden Retriever from Canandaigua, NY who just broke the Guinness World Record for “Most Tennis Balls Held in the Mouth by a Dog” with an incredible SIX tennis balls. Yes, you read that right. S-I-X. 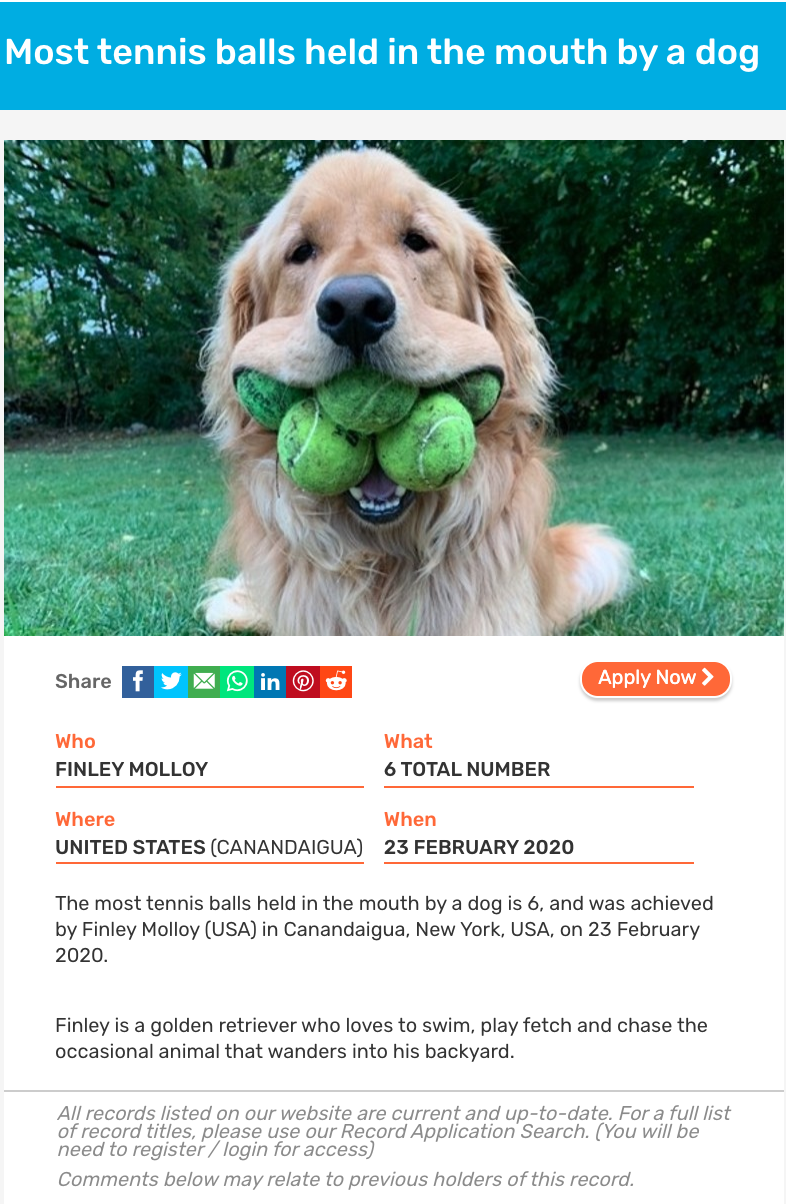 How in the world?!

We spoke to Finley’s mom about his love of tennis balls, and how it all began. “When Finley was 2, he came up to me in the backyard with 4 tennis balls in his mouth—I was in disbelief. It’s fun to look back and think, that’s nothing compared to what he can do now!” Now four is quite the skill in itself, but six? “Finley LOVES fetch. My dad would throw a tennis ball to him, he’d catch it, drop it, and wait for my dad to throw another. Rather than just bringing one back, he brings back all 6!”

The path to becoming a record holder

When “Guinness World Record” comes to mind, you may think of a massive book filled with photos of unique feats from all around the world, but what actually goes into submitting a skill? After seeing the current record holder could fit five tennis balls in their mouth, Erin, Finley’s mom decided to send in an application. The whole process took months, and was quite involved, requiring “a cover letter, photo evidence, video evidence, 2 witness statements, a Veterinary Physician statement and more” Erin told us.

Soo I did a thing? Finley Molloy: Official Guinness World Record Holder for tennis balls in my mouth—6! It took forever & a day but we finally did it. There’s a new sheriff in town? Thank you all for the love & support. 2020 is my year! ♥️??

Just a normal boy, with an extraordinary skill.

Like most Golden retrievers, Finley is an active boy who loves to swim, run and hike. He especially loves to swim in the summer, and roll in the snow (with his tennis balls, of course) in the winter. That’s a good boy!

I love you, ball.

When Finley is not showing off his new skill, you can find him lounging by the pool, admiring his tennis balls one by one. Never change, Finny boy!