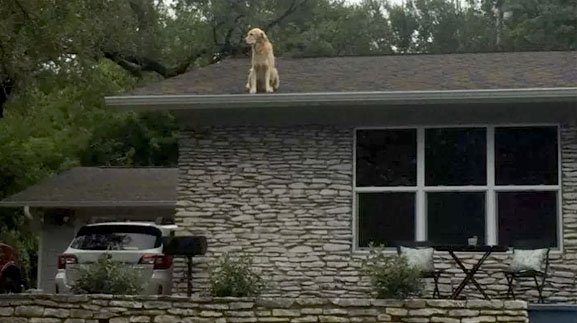 A golden retriever in Austin, Texas is blowing up social media with his unique hobby. Huckleberry spends time every day hanging out on the roof of his family’s house. When Sara Novafina snapped some photos of the upwardly mobile dog and shared them on Twitter, people went wild. 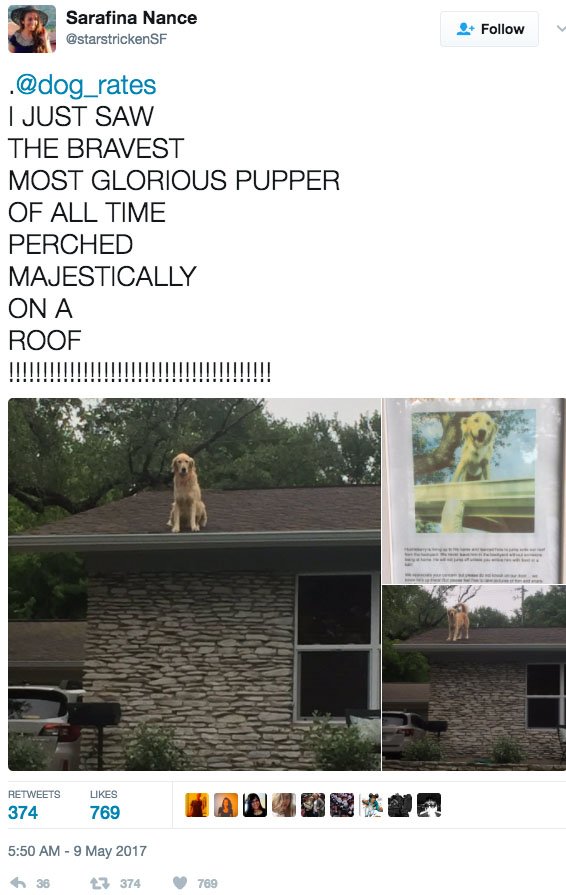 Huckleberry greets (and perplexes) passersby in his Austin, TX neighborhood so frequently, his family made him a little sign. It explains that it’s perfectly normal and quite safe for Huckleberry to be up there, so long as you don’t tempt him down with goodies! 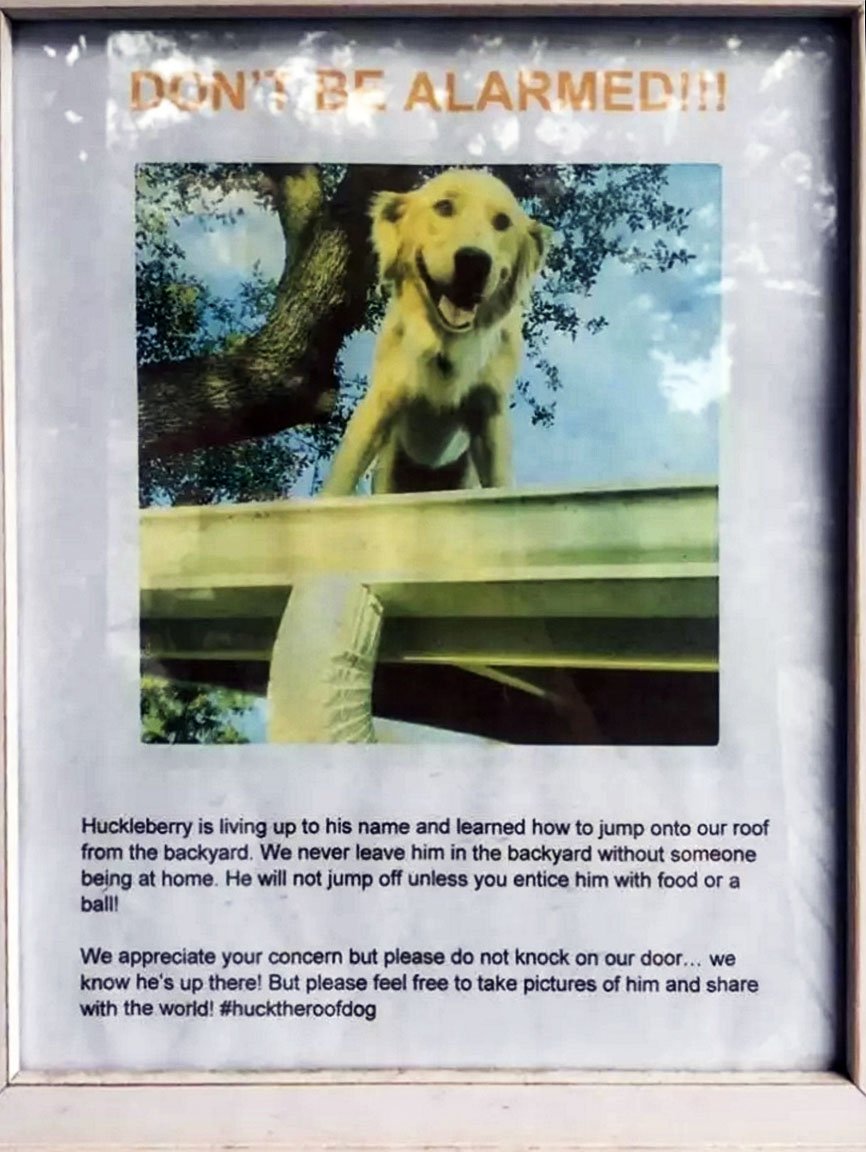 What’s the secret to Huck’s daily rooftop excursions? Watch the video below. The roof in the backyard is juuuust low enough for him to make the leap.

How Huckleberry gets on the roof

And this is how it happens, friends #hucktheroofdog

Huckleberry has his very own hashtag, which is filled with images taken by friends and fans.