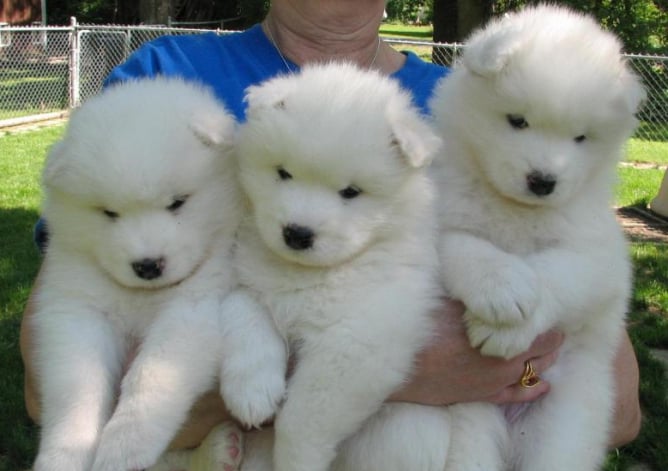 Have you ever been minding your own business, only to have your world shattered by a literal walking cloud? No, I’m not talking about the floating poofs that hang out in the sky; I’m talking about dogs. Our furry buddies come in varieties ranging from hairless to puppy powderpuff, with these ten dog breeds in the category of “fluffiest dog ever.” See below for our roundup of the floofiest dog breeds around!

The Keeshond (pronounced kayz-hawnd) goes back to 17th century Holland and is an affectionate dog geared toward companionship—which means you get express permission to cuddle all the floof.

The bearded collie’s coat is thick and lies flatter than the Keeshond’s, and their coat can change color, or “fade,” over their lifespan. Read: this dog was doing ombré hair before it was cool.

These personified cotton balls’ fur is dirt- and water-resistant, so their fluff halo stays a consistent bright white. Despite shedding like no one’s business, Samoyeds are hypoallergenic and great at self-grooming. 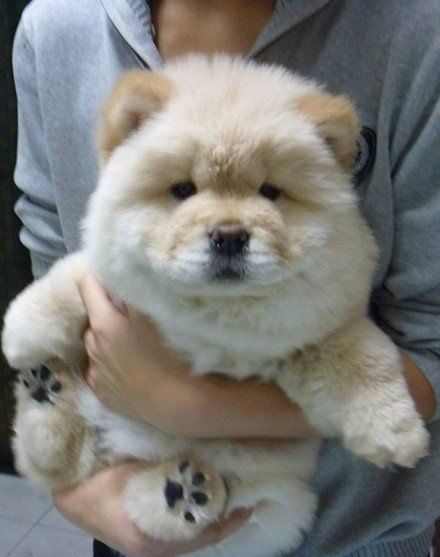 These doggies are known for having a mane that rivals a lion’s, but did you know they have a less-floofy counterpart?

Yep, the smooth-coated Chow (not featured, but definitely a contender for Wrinkliest Dog). Look out for spring and fall, as these fuzzy bear-dogs tend to blow their coat seasonally.

With curls groomed to look like pillows, these sassy clouds have quite a bit of personality. While their coat doesn’t shed quite like the Samoyed, beware and brush regularly—those curls tend to trap any loose fur. 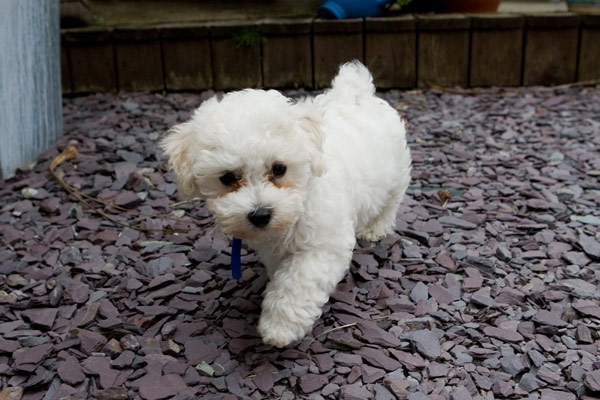 Shelties originated in the Shetland Islands, 50 miles north of the Scottish mainland. With a long multi-colored coat that is water and dirt resistant, these friendly dogs were used primarily for herding sheep and cattle.

As descendants of sled dogs in Iceland, Pomeranians wear a coat engineered for winter endurance (and lap-warming). These floor dusters come almost every color, so you can cuddle these perky poofs in sable, black, blue — you name it!

Though there is much debate about the origin of Newfies (Tibetan mastiff descendants? Brought to North America with Vikings?), they are not only one of the fluffiest, but one of the friendliest breeds as well.

With their thick water-resistant coat and webbed feet, Newfies don’t bat an eye at polar dips and were used primarily as working dogs for fishermen.

Similar in appearance to the bearded collie, the Old English Sheepdog was once one of the more recognizable breeds, even making an appearance as Prince Eric’s lively pup in Disney’s The Little Mermaid. I think we can all agree with Prince Eric—we want to be part of this dog’s world!

Pekingese pups survived the sinking of the Titanic, and we wouldn’t be surprised if it was partly due to their fur doubling as a cozy floating device. The flat-faced fluffs were royalty in imperial China, acting as both guard dogs and hand warmers. 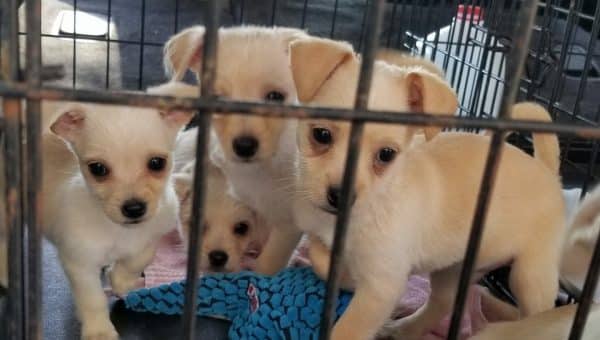