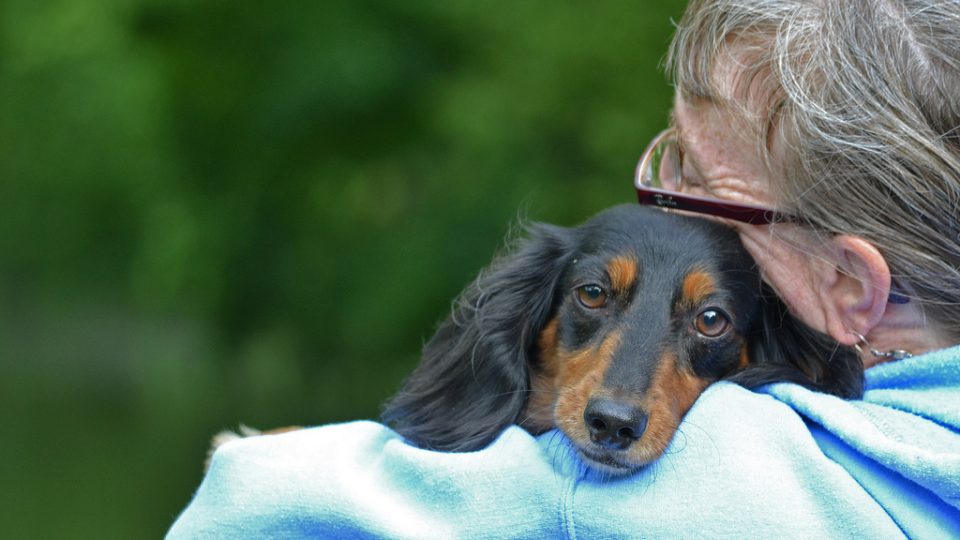 Some dogs take best friendship to the next level, going the extra mile to act as companions, helpers, and even lifesavers for their human companions. These eight dogs are proof positive that dogs are the best. friends. ever.

A Wisconsin woman named Krystal is alive thanks to her adopted Labrador retriever, John Boy, who led a police officer to her after she mysteriously passed out on the front porch. In an interview with WITI, officer Jeff Gonzales says John Boy “pointed me in the right direction” to find and assist the woman. John Boy was adopted and returned to the shelter three times before Krystal brought him home, leading us to believe that this best friendship was truly meant to be.

This is just too cute: An adorable pug named Pearly runs to soothe and cheer her best friend whenever she cries.

Our dogs are always trying to help us see the lighter side of life. In this hilarious video, a persistent Alaskan malamute does his darndest to cheer up his troubled guardian, first staring at him, then shoving his head under his arm, and finally getting on his lap to say, “Hey Dad, let’s do something fun!”

In a story that made headlines just a few months ago, a miniature schnauzer named Sissy busted out of her yard in Cedar Rapids, Iowa, and wound up 20 blocks away in the nearby hospital where her guardian was recovering from cancer surgery. Sissy had never been to the hospital before, so it’s possible her appearance in the hospital halls was just a coincidence, but it also sounds like a doggy best friend with an innate ability to track down her person in need.

Justice True is a German shepherd who has mastered a very handy skill: pushing his best friend Tamandra around in her wheelchair. Through positive reinforcement training, Tamandra has trained Justice True to be an able companion and assistance dog, but Justice came up with the chair-pushing all on his own. That’s one brilliant bestie! You can learn more about Justince and Tamandraa on their website.

A baby’s best friend is her dog

This family knows what friendship is all about: a baby, a dog, and an adorable lesson in how to get around.

With a friend like this, who needs an alarm clock

Judd the yellow Lab pesters his best friend (in an adorable way) to get up, already, it’s a brand new day! Nothing like a happy, bouncy, tail-waggy yellow lab to get you out of bed in the morning.

Dog and soldier reunion videos are popular for a reason: it’s incredibly heartwarming to see best friends reunite after spending time apart. I can’t pick just one, so here’s a recent compilation video of service men and women and their dogs that is sure to elicit several awww’s (and maybe even a few tears).

How does your dog demonstrate his or her devotion? Tell us about your best friend in the comments!