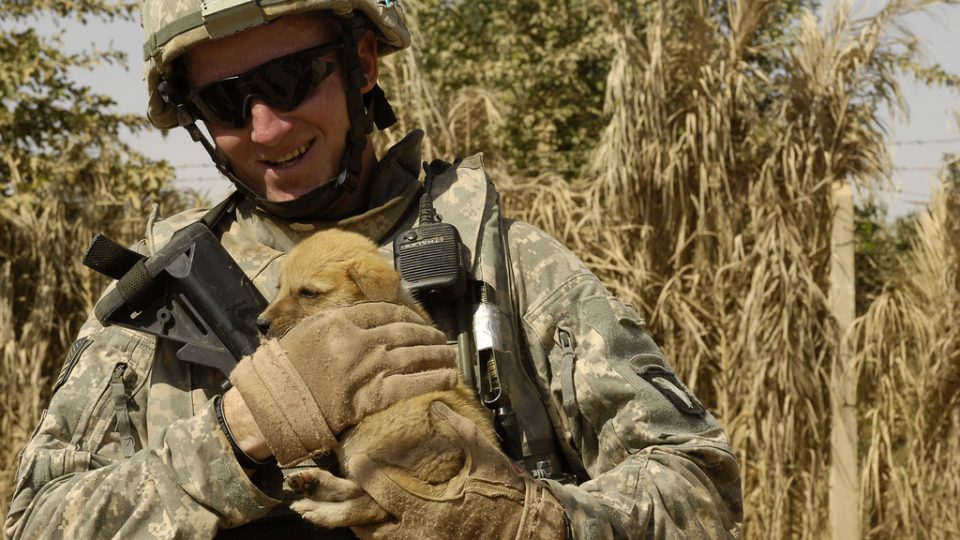 For some of us, being away from our buddies for longer than an afternoon is cause for distress. Now imagine being gone for several months or even years. The bond we have with our dogs runs deep. Get the tissues ready—here are eight dogs overcome with joy after being reunited with their parents.

Watch this elated dog flop right on his belly when reunited with a soldier in the front yard. What tears? I just have something in my eye…*sniff*.

This golden retriever can hardly contain herself as she greets her guardian at the airport fresh off the plane from Afghanistan. The emotion in this dog’s whine says it all—her soldier was was sorely missed while she was gone.

Trust us, you don’t want to get a limb caught in this dog’s furious tail wagging upon rejoining his family.

Watch this marine reunited with his loyal dog after four years. Cena is a bomb sniffing dog and stuck right by marine Jeff DeYoung’s side through thick and thin in 2010. Their reunion at the Metro Airport is about as heartwarming as it gets.

All it takes for this German shepherd to feel like a puppy again is a reunion with his soldier. We can only construe this dog’s impassioned whimpering as relief that his owner has returned from deployment safely.

Passing out from the excitement

Is it possible to pass out from too much excitement? By the looks of this schnauzer greeting his parent for the first time in two years, yes, it definitely is.

The Puppy Rescue Mission is an organization that reunites soldiers with the dogs that became a part of their lives during battle. Staff Sgt. Tom Burright and his Afghan puppy Lyla became friends after Burright shared some of his beef jerky rations with the stray. When Burright was sent back to Texas, he couldn’t afford to bring Lyla back with him. Luckily, Puppy Rescue Mission was able to step in and fly Lyla to the U.S. just a month after Burright returned for a heartfelt reunion between the marine and dog. Now they can be lifelong pals.

If you haven’t had enough yet, here’s a compilation of dogs licking, jumping, and generally freaking out upon getting together with their parents following long periods of separation. You’ll be feeling the warm fuzzies after this one for sure.