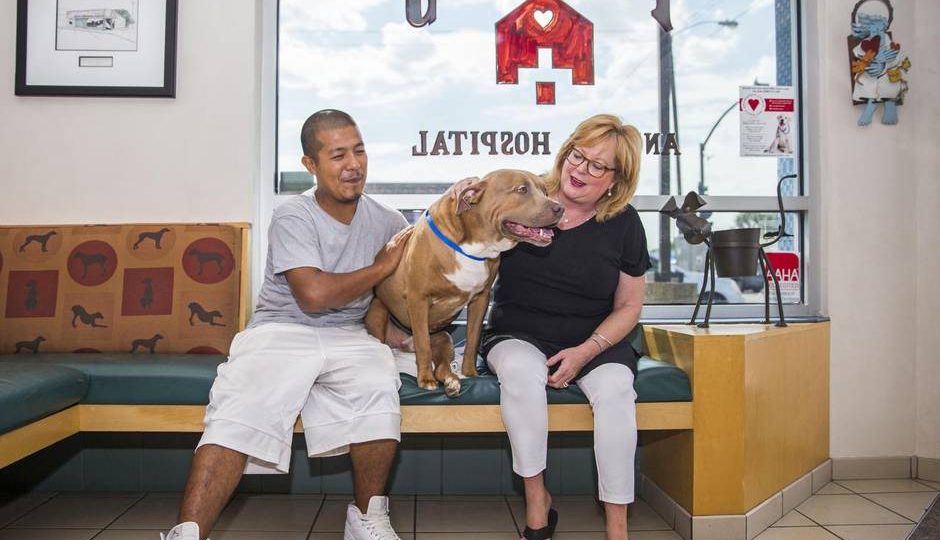 It was a typical morning for Angela, a neighbor in Dallas, Texas, until she saw a dog get hit by a car on a road outside of her neighborhood.

The dog, Hercules, had escaped from his backyard and was clearly injured. Angela pulled over, watching as cars swerved around him. Eventually, she was able to get close enough to Hercules, who wasn’t moving. He dragged himself closer as soon as he saw her, friendly despite his injuries. 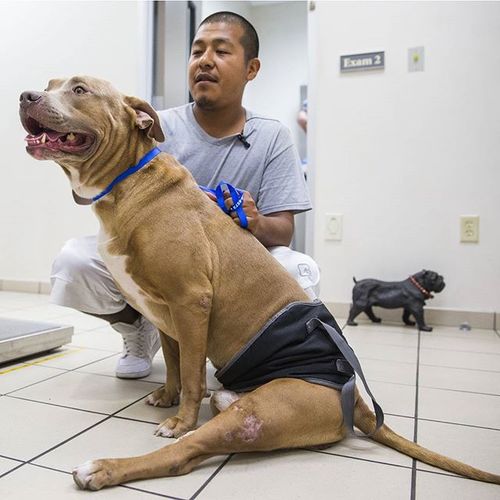 “It’s been incredible, the response.”

She and a few others who had also pulled over took Hercules to a nearby animal hospital. His vet bills racked up quickly – Hercules has possibly severed his spine – while the hospital contacted Dallas Animal Services and passed out fliers to other veterinarians in hopes of finding Hercules’ owner. It didn’t take long. Hercules’ owner, Hector, immediately found Hercules when he got off of work.

As it turns out, Hector is a veteran and had received Hercules as a present from his family upon returning from Iraq five years ago. Originally meant to help ease him back into civilian life, Hercules had become much more than a pet – Hector credits Hercules for helping him “find his way back to his family,” saying that Hercules is “his four-legged son.” The two have been inseparable.

Touched by his story and wanting to help, Angela posted to her neighborhood’s Nextdoor website about Hercules and Hector – and was blown away by the response. Within a few hours, she had over 70 responses of neighbors offering to donate money for Hercules’ care.

“Everyone in the community has rallied,” says Angela. “It’s been incredible, the response.” 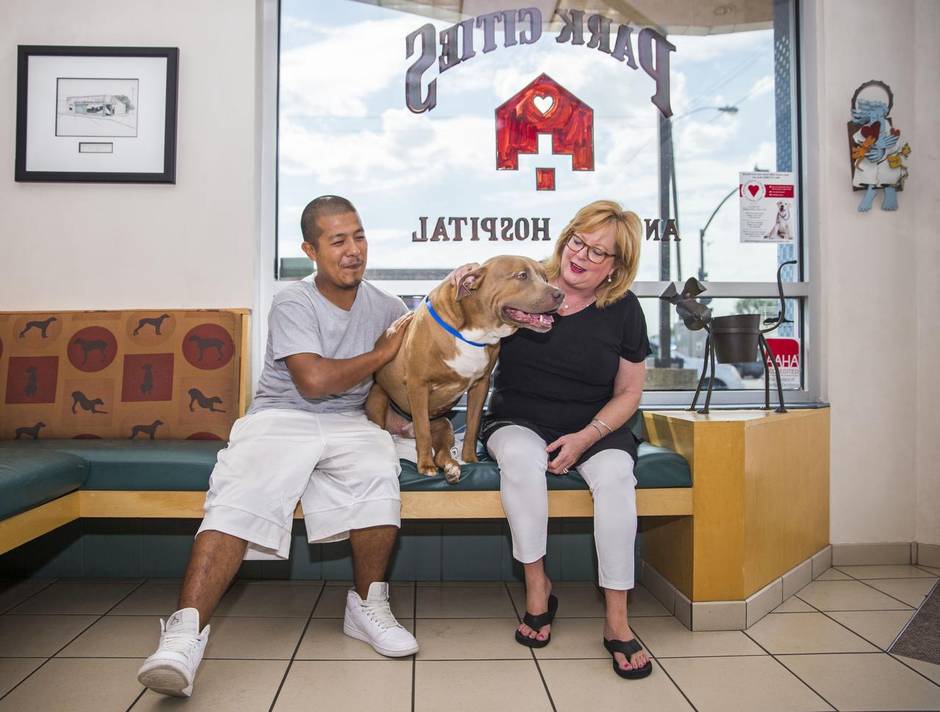 Hector is overwhelmed with gratitude at the outpouring of support. “It’s unbelievable,” he says of his neighborhood’s help. “I am at a loss for words. I appreciate all the help I’ve received for Hercules.”

The community has created a GoFundMe to help pay for Hercules’ continued vet bills and rehabilitation, which has now been successfully completed.

Thanks to the Nextdoor blog for this guest post.

The Nextdoor Pet Directory is a free, easy way to keep pets safer.