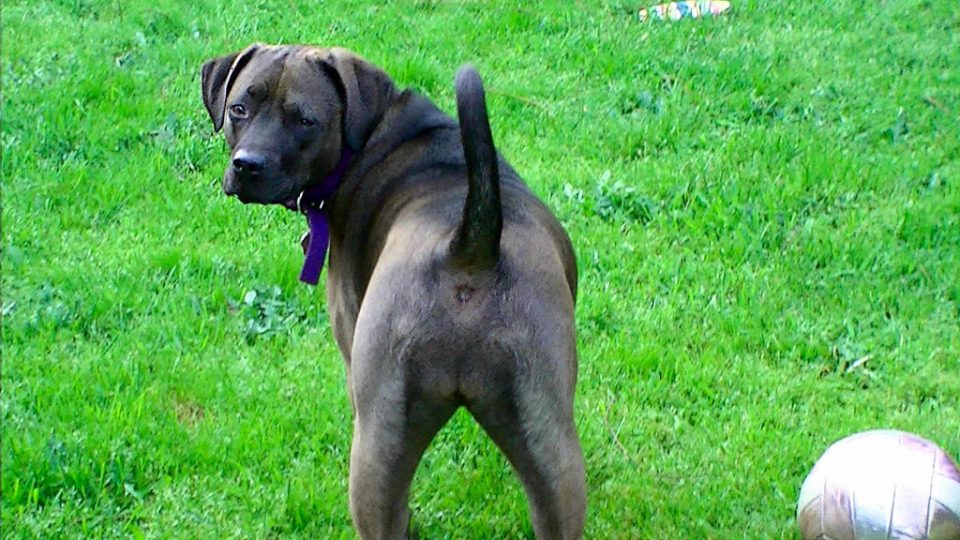 Well…can they?! This question has been making the rounds since news of a dog fart study at the Rochester Institute of Technology broke. Researchers were said to have trapped dog and human farts in jars, and then measured dogs’ brain activity in response to smelling them. The story was picked up by a few popular blogs and shared widely.

However, the study in question is fake. We knew it sounded too good to be true! It was published on a discredited, now-defunct fake news site called Iflscience.org. For starters, if you dig into the details of the supposed study, you’ll find that the researchers do not exist—nor does the journal that purportedly published their “findings.” Snopes explains the hoax in this article, which debunks another of that site’s stories.

Note: the site isn’t to be confused with the popular science outlet Iflscience.com. The fake news site was deliberately using that domain to mislead the public.

So, no, dogs can’t see their own farts. But they CAN see things we can’t, and a dog’s sense of smell is definitely a kind of canine superpower.

Here’s what we know about this question.

We all know that dogs can do lots of things better than us.

Most notably, their sense of smell is about 100,000 times better than that of a human. Dogs sniff each other’s butts because it’s the easiest way for them to exchange business cards.

Each dog’s rear end contains fingerprint-like individual data. So while most dog farts smell the same to our dumb human noses, dogs are actually presenting their own signature scent.

Basically, dogs can never blame anyone else for their farts. That is a distinctly human privilege.

We know that dogs have the ability to see UV rays, so their vision makes life a 24/7 rave. Thanks to technology, we also know what a fart looks like in an x-ray machine:

What a time to be alive. But maybe there’s a correlation here. Or maybe not. Ok, probably not!

Tell me more about dog farts

In all seriousness, flatulence in dogs can be a health issue, so it’s worth talking to your vet if your dog’s gas is, well, excessive.

If you’ve ever wondered why some dogs fart SO much, here’s your answer, along with tips for reducing the problem. 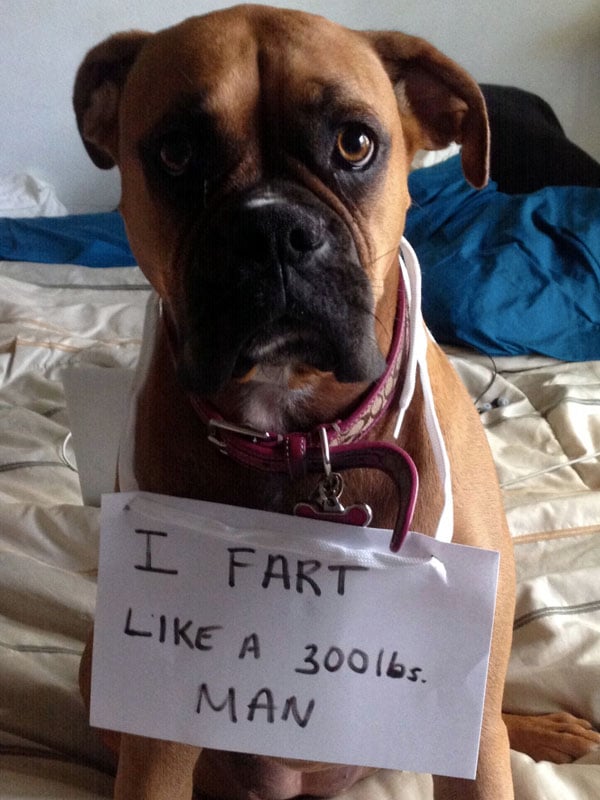 Dogs can’t see their own farts, and that study never occurred. But this U.K.-based study really did happen, and involved a special “fart suit” for the subject dogs. Nope, we’re not making this up. If you’re looking for a fun fart-related study to share, that one just might be it.