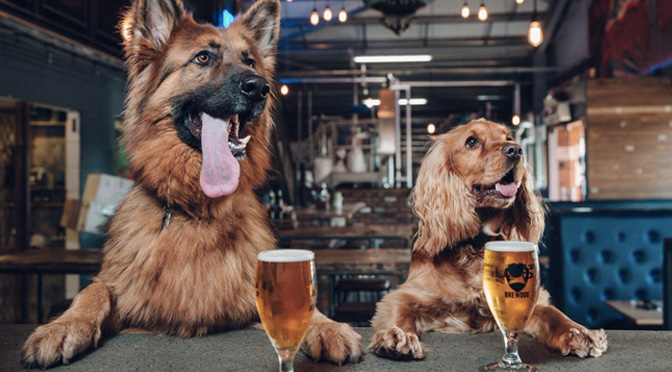 Around the world, companies are catering more and more to dog lovers. And we think that’s fantastic. In the news this week, a Scottish craft beer company announced that all of its employees are now eligible for pawternity leave. It’s a premium perk— a paid week of time off for new pet parents to settle their new dog into the family routine.

Time out for dogs

With the opening of their latest taproom in Columbus, Ohio, Brewdog is the first company in the US to offer pawternity leave. “It’s not easy trying to juggle work and settle a new dog into your life,” said co-founder James Watt, “and many members of our crew have four-legged friends at home.”(Metro)

“Thanks to @BrewDogStirling for a pawesome 1st birthday with all my friends! I’m dog tired now.” – Harris. 🐾 🐶 #DogsofTwittter #BrewDog @BrewDog pic.twitter.com/1Af32rwMK8

James Watt, Martin Dickie, and their sidekick Bracken the dog founded Brewdog in 2007. Since that day, Brewdog has grown to nearly a thousand humans, 50 office dogs, and countless dog guests at their nearly 50 dog-friendly taprooms around the world.

“We care about two things above all else. People and beer…we also just really like dogs.”

Brewdog is committed to being a top company to work for. For James and Martin, that means making dogs an integral part of the company. And we completely agree!