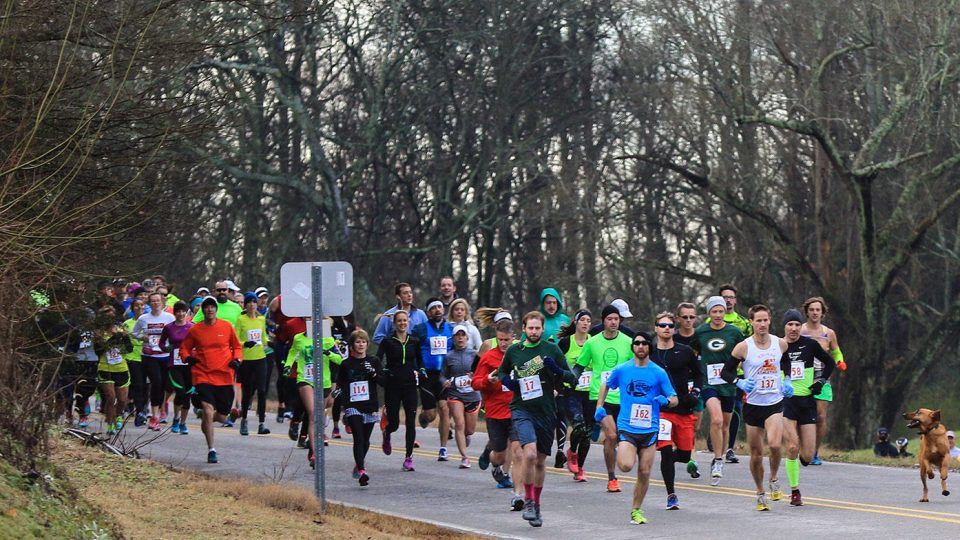 It was a typical Saturday for Ludivine (loo-duh-veen) the dog. Her mom, April, let her out for her usual morning sniff and a pee. But something extraordinary happened that day. Lu slipped out of her yard and found herself at the starting line of a half-marathon.

At the sound of the starting gun, Lu took off with the runners, and quickly became part of the race. Besides some sniffing around, Lu stayed the course with the leaders of the pack, and astonishingly, finished seventh—as the first female runner across the finish line. With no formal training or prep, Lu finished the race in 1:32:56: not bad for a 13.1 mile run. Race volunteers presented Lu with a finisher’s medal.

When you let your dog out for a minute and she decides to complete the Elkmont, Alabama Half-Marathon…#elkmontlu pic.twitter.com/QimK53hgOS

Since her big race, Lu’s become something of a local celebrity. Lu has run some more races for charity, and done some celeb appearances around town. The first half-marathon she ran has been renamed The Hound Dog Half Marathon in her honor.

Thanks to Jonathan Deal and @newscourier for the great cover and article! pic.twitter.com/I6n3WsBiIn

She won’t be escaping anymore, however, as her family added invisible fencing to their 40-acre property and made sure to get Lu microchipped—which provides heaps of relief for her family.
Hat tip: Runner’s World and Barkpost