Chicken isn’t just for edible dog treats, friends. When you’ve got chickens in plush, rubber, and puzzle form, it’s also a way to have a fun time with your dog between meals.

Most dogs love nothing more than a good toy session with their favorite people, and we know how important it is to find the right toy.

We scoured the internet for top reviews on chicken toys, so if it’s time to breathe some new life into your toy stash, these chicken dog toys are the best available for your pup this year. 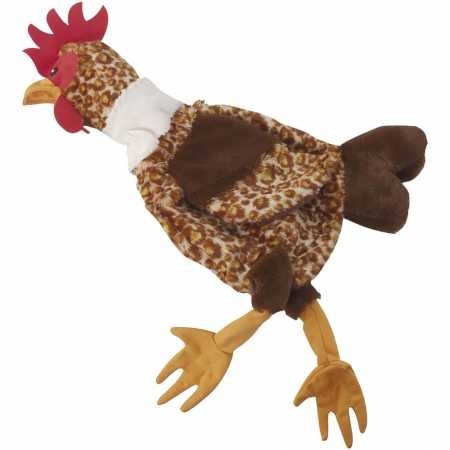 If your dog has a tendency to rip fluffy toys to shreds, this stuffing-less chicken will give them all the pleasure of a soft stuffed toy without leaving your house a total mess. It also has a squeaker to keep them interested.

Helpful review: “This was Ranger’s first toy when we got home from the SPCA. He plays hard with it but won’t rip it up. After a year kind of ragged, but still got the squeaker. I like how it doesn’t squeak too easily or too loud. I’m getting a new one for him for Christmas!”

This squishy, plush-filled chicken is surrounded by a soft latex with small spikes to give your pet an interesting mouthful. When your dog gets a good hold, it lets out a loud, satisfying squawk. Best suited for medium- to large-sized dogs, as it will likely be too large for little mouths.

Helpful review: “The lab is absolutely in love with it; I was told he begged for it while it was being opened, then paraded around squawking it, showing off to everyone. If you have a dog who loves squeaky toys, they will probably love this one. It makes pretty funny noises…As for my Jack/Chi, it’s a bit large for him and he has trouble fitting it in his mouth.” 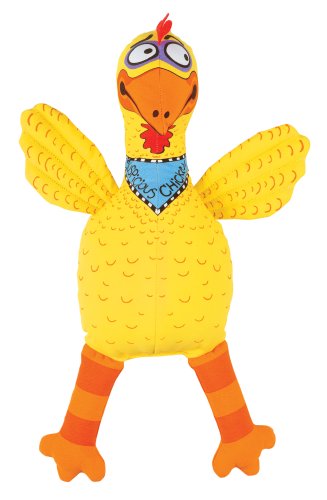 A super-floppy chicken that’ll give your dog a playful whack when they shake it around. It’s got a sturdy fabric keeping the fluff and squeaker inside and can be washed as necessary.

Helpful review: “My bulldog is on her second chicken, and it’s her all-time favorite toy. She’s a hate-machine who tears through most other toys like paper, but this chicken can withstand her chomps, at least for a little while…This toy is great for fetch, tug-of-war, and, because it’s floppy and squeaky, for my dog to throw around solo…When it gets too gross, I throw it in the washer and dryer; this causes the brilliant yellow to fade over time but such is life.”

Another plush-filled latex toy, this is sized specifically for small dogs. Reviewers note that the squeaker is pretty loud, which is great for your dog, but not so great if you’re looking for peace and quiet at home. Best to let your dog play with it outside or after you’ve had your morning coffee.

Helpful review: “My dog loves this toy! She is a determined chewer and will chew through all her toys. Squeaky toys are her favorite, but I always run into the issue of the actual squeaker being chewed out. I have had this toy for a month, with extensive usage, and it still squeaks perfectly! I have a medium-sized dog and it’s the perfect size for her.” 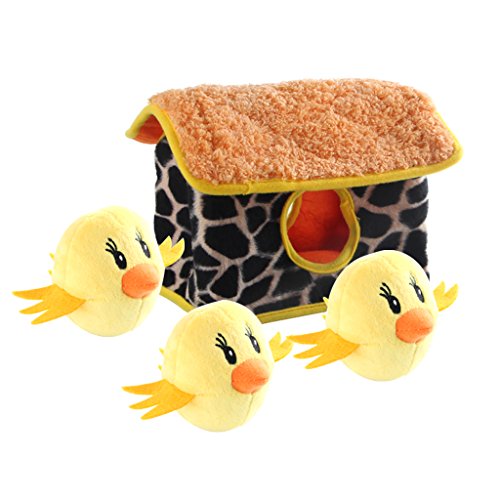 Way more than a plush toy, this chicken house is also a puzzle for your pet to solve. Each of the chicks has a squeaker to get your dog’s attention. Hide treats inside the house and watch as they go searching for their reward.

Helpful review: “This thing is way sturdier than I thought it would be! It’s not a typical “soft, plush toy” like most of the other similar hide & seek toys, but more of a sturdy fabric that has a soft texture on the outside. It’s great for hiding treats…”

For pet parents who want their dog’s toys to be as amusing for them as they are for their dogs, enter this bikini-clad latex chicken. Good for fetch, a gentle tug-of-war, or just making yourself laugh during playtime with a medium to large dog.

Helpful review: “I have a German Shepard and a Beagle and I have bought them many toys. They usually rip every toy I bring home to shreds immediately. Not the “chickens”, they treat these with almost an uncanny respect. They are great to play fetch with, you can throw them a mile and the dogs run after them…They hold up to a good round of tug a war and the dogs love strutting around with them in their mouths. When they sit down with them they chew lightly on them, but do not rip them apart like all other toys.”

Is your dog more of a duck fanatic? Well, don’t you worry because we’ve researched the Best Duck Dog Toys for 2019 as well. 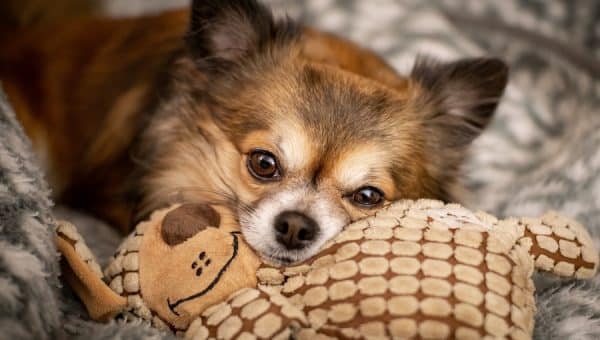 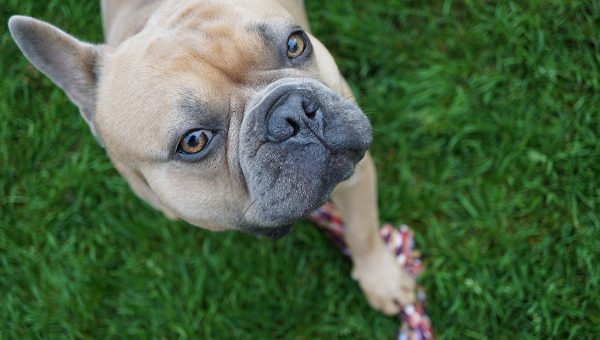