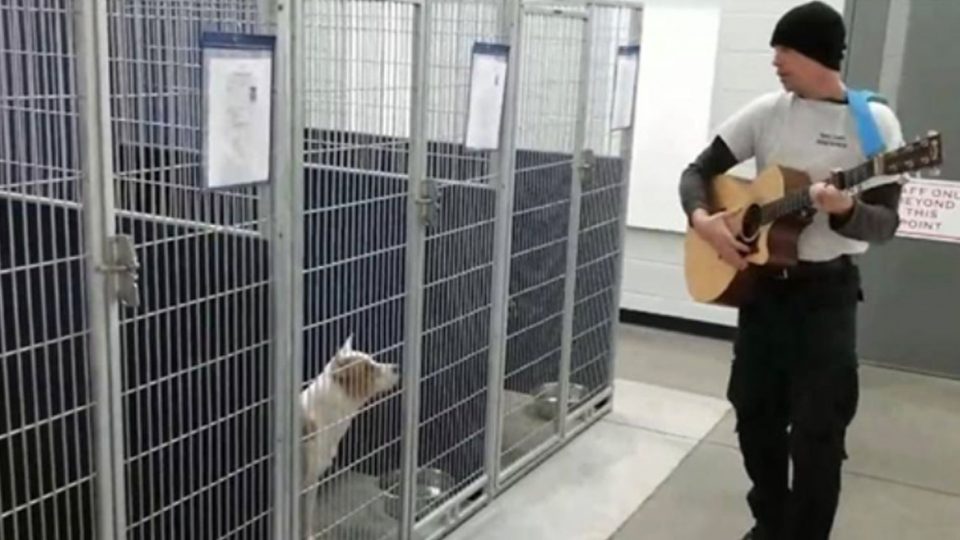 For dogs awaiting homes in shelters, the noise and anxiety of kennel life can really be a downer. That’s where officer Chad Olds comes in. His musical serenades bring a precious moment of peace amidst the turmoil.

The talented musician recently performed Alan Jackson’s ‘Like Red on a Rose’ at the Vance County Animal Shelter in Henderson, North Carolina between calls.

“I bring my guitar into work with me sometimes and Chief Frank Nobles came in and said, ‘What would happen if you sang to the dogs?’ So we tried it out,” Chad told ABC News. “It was pretty amazing that it worked.”

The shelter has seen quite an uptick in donations and adoptions since the video went viral, and Chad looks forward to continue playing for his charges.