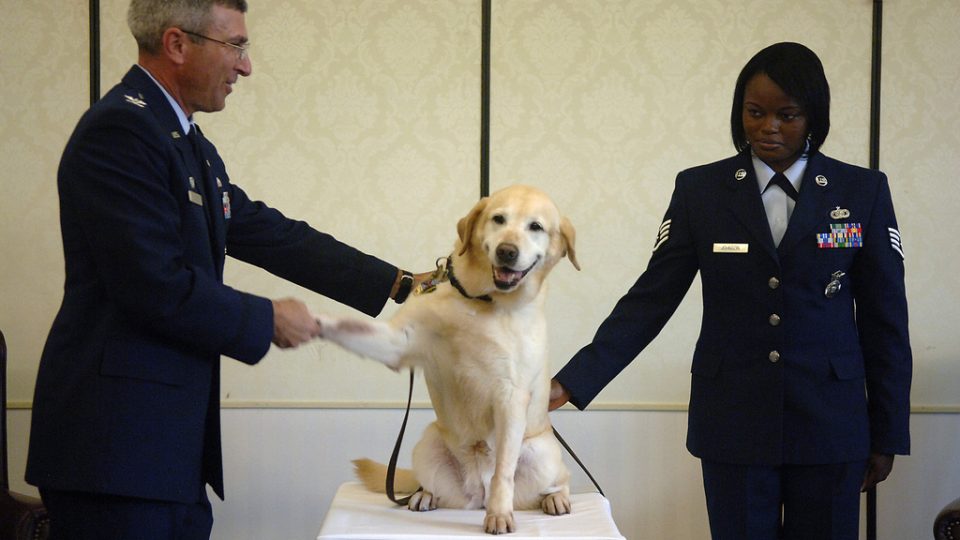 A few weeks ago, two United States Secret Service dogs in Washington, DC named Hurricane and Jordan were injured on the job. They successfully took a man down who was attempting to climb over a White House fence. The dogs sustained only minor bruising and have reportedly returned to duty.

This act of courage inspired me, and I wanted to learn more about the lives and experiences of Secret Service dogs. How are they trained and equipped for the pressures of protecting the President? Here’s what I learned:

The job of a Secret Service dog is no joke. They’re hardworking and dedicated animals working right alongside agents to protect and serve. It’s clear that these dogs have become a large and important part of the secret service team protecting the White House. If you’re passing by 1600 Pennsylvania Avenue with your DC dog, you may see one on duty. Be sure to take a moment and appreciate what an awesome job he’s doing—and be sure not to pet these canine agents. They’re busy working, after all.

Top image via US Air Force